In the past, on other platforms, I've posted the text of the Declaration of Independence. This year I've been a little too busy, so instead, here's a link to its text in The National Archives.

At a time when a noisy and over-indulged fringe of the population, representative of no one despite claiming to champion millions, seeks to overturn the fundamental principles of this federal republic where there is no king under God, it can only be to civilization's benefit that you read its text.

Never Had Much Patience for Histrionic Fantasies

There is an inertia to the universe. It is vast, and massive. It takes a lot of energy to make more than an ephemeral ripple in it. And even then, on the next scale, nothing has happened at all.

What we are seeing happen on the human scale is a vast loss of perspective. Perhaps it is because history is neglected, perhaps logic, probably both and more.

It's easier sometimes to assume it's all being done deliberately, because the result seems to be cascading chaos. This ignores the fact that man is not at his core a rational creature. Panic him, and he scatters in all directions, and the panic spreads.


Who made the mother cat fall? Who plotted out how the kittens would scatter and hide?

And who kept telling the kittens the sky was falling, even after the noise had ended and Mama turned out to be okay? Well, in the video, no one. Eventually the kittens emerged and calmed down. It didn't hurt that Mama was there to reassure them.

Humans, however, tell each other the sky is still falling. If there's no one else around to do it, they'll tell themselves the sky is still falling, and are even determined to reject reassurance if it's offered. You can tell them 'til you're blue in the face that what they're telling themselves is contradicted by what they see with their own eyes (as opposed to the heavily filtered version of reality they get from external sources), but they'll insist on believing the worst.

It must satisfy some emotional need in certain kinds of people but I can't for the life of me figure out how or why.
at June 21, 2020 No comments:

Okay, here's how Mrs. Butterworth's can change their syrup to shut the whiners up: make the bottle opaque and give her a white face to match the voice she had in the old animated (stop-motion?) TV commercials.
at June 19, 2020 No comments:

If you use Google Calendar, you may have availed yourself of its option to note various holidays and dates of interest.

Today, June 14, is unremarked on Google Calendar. Nor is there a doodle, apparently, on their search page. 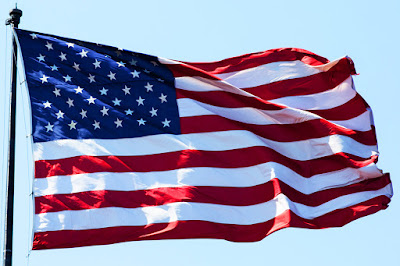 Maybe they're afraid their employees will burn the headquarters down.
at June 14, 2020 No comments:

...earns nothing but contempt on all sides.

Models That Have Been Tried and Found... Trying

The earliest observers of the sky realized immediately that the motions of those faraway objects were predictable. It's now a pop-culture assumption that any enigmatic ancient construction was probably sited and aligned in accordance with the rising and setting of various significant lights in the sky.

These days, astronomers are aware of millions of objects flitting about in our celestial neighborhood, many of which, were they to collide with the surface or -- at sufficient speed -- atmosphere of our own world, could snuff us all out in very short order. As new asteroids are detected, they are observed and catalogued, and these observations are modeled on computers to see whether there is any danger of a new Chicxulub-style extinction-level event.

Modeling asteroids involves amassing data about each object's mass and motion, based on known values developed by mathematicians over several centuries. The more individual bodies are added to the model, the more complex it becomes -- but even now the job is profoundly simple compared to some other disciplines that have attempted to use computer models.

When you are dealing with, for example, living things such as viruses that are prone to mutation in extremely short timespans, your modeling assumptions have a half-life that can fall well within the decision loop of any agency or government. Using such a model to attempt to prescribe policy is irresponsible at best -- and potentially criminal at worst.

Yet that is precisely what happened with the Wuhan coronavirus pandemic of 2020. A complete post-mortem of policy responses and their consequences may well find, and many expect them to find, that the model-driven response cost more lives than had the response followed more established, time-tested patterns.

Epidemiology is only the most dynamically complex discipline to have been subjected to flawed computer modeling. Decades of flawed economic policy have been driven by computer models. Climate models have been used as a bludgeon to attempt to impose extreme changes on world civilization in the name of urgency.

Someday astronomers may announce that the Earth is at risk from a possible asteroid impact. They will defend this claim based on their computer models of celestial motion, and given the challenges and timeframes involved they will argue that some type of response is urgently demanded to fend off a global apocalypse.

Ideally, that response would be forthcoming, and it would be successful.

But not if the political overreach of economic, climate, and epidemiological modelers lead people to disregard all such efforts as garbage.

You can't expect to model every system accurately in a computer when you don't even know what you don't know about that system. Economists acknowledge that in any group of seven of them you will get at least eight opinions. Climate and epidemiology are vastly more complex, and there is no sign that the modelers in those fields are anywhere near as humble as their astronomer and economist counterparts.

Don't blow this for humanity, you over-educated idiots. If your arrogant stupidity prevents us from averting another Chicxulub, it will be your fault.
at May 27, 2020 No comments:

If You Vote for Biden...

Restaurants have for some reason decided to prevent people from casually perusing their online menus until they've opened an order -- which won't happen if the nearest store isn't yet set up for online ordering.

This is bad public relations. Sometimes it can even cost them a drive-thru order if someone wants to know what the options are before they get close enough to read the menu board. In this day of closed dining rooms, you can be in line for several minutes before reaching the menu board, and if you're trying someplace new or simply haven't bothered to memorize the menu (I'm told they can even change between visits!), that's a pain in the ass.

I want the chains to imagine carloads of hungry people driving by one of their stores with a huge backup in the drive-thru lane, and trying to have a look at the menu before deciding to brave that wait. Except the menu can't be found on the website. So they decide to download the app and look at it that way. It ain't there either.

"Screw it, I just found the Five Guys menu online. Let's go there instead."

"They don't have a drive-thru."

"I downloaded their app. They have curbside."

...but for reasons I won't go into here, I now know for absolute certain I will never attempt the Big Texan Steak Ranch's 72-ounce steak challenge.

Still looking forward to getting to Outback one of these days for some prime rib, or Five Guys for a bacon cheeseburger.

But even I have limits.

From Legal Insurrection we learn that some prominent Democrats, concerned over increasing evidence supporting Tara Reade's claim she was sexually assaulted by former Vice President and presumptive 2020 presidential nominee Joseph Biden, are calling on him to pull -- er, I mean drop out.

I think at this point there is only one viable replacement candidate, Michigan Gov. Gretchen Whitmer (at right).

Who Will Succeed Kim Jong-tun?

Keeping the Wild Elephants Away

Old story: A man was riding a city bus in a major Midwestern metropolis, with a set of old phone books on his lap and an open window beside him. As the bus moved through the city streets, he periodically tore a page out of one of the phone books and threw the page out the window.

The bus driver, growing increasingly concerned about this odd behavior, radioed to the dispatcher and asked to have a police officer meet the bus at the next stop.

When the bus rolled to a stop at the corner, a uniformed cop was waiting, and saw a page come flying out of the bus window. He boarded the bus and made his way down the aisle to where the man was sitting.

"Hey, buddy, why are you throwing paper out the window of the bus?"

"To keep the wild elephants away," replied the rider matter-of-factly.

"I'm doing this to keep the wild elephants away. They're huge, dangerous beasts and they could trample an innocent man, woman or child if they're not kept off the streets."

The cop took a deep breath and sighed. Why do I always get the lunatics? he wondered. "Mister, there isn't a wild elephant for miles around here! The zoo doesn't even have one!"

"There, you see?" retorted the bus passenger. "It works!"

When the facts finally come out about just how many people ever actually got sick from the Wuhan bat fever (as opposed to what seems to be the asymptomatic majority), and what the actual mortality rate was as compared to the hysterical predictions amplified by the panic-mongering media, some will argue that these actual, much lower figures are proof that their response to the pandemic danger was justified.

I'm not saying there never were any wild elephants, but don't let anyone tell you that throwing paper out of the bus window is what kept them from trampling innocent citizens.
at April 20, 2020 No comments: 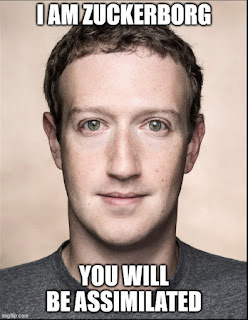